The Japanese Arts Foundation is proud to offer a variety of experiences including exhibits, classes, and festivals. Here you can read about the programs we offer, or sign up for a specific opportunity on our Events page. 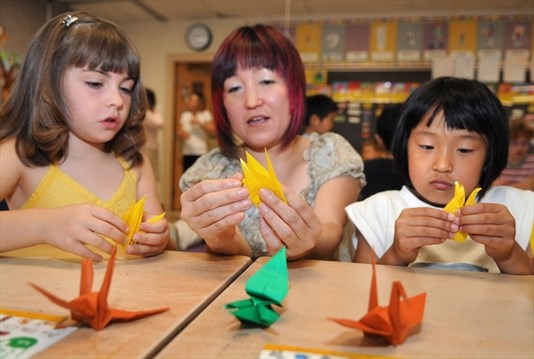 The Japanese Arts Foundation is pleased to partner with Chicago Public Schools to offer field trips and summer programs to children of various ages in CPS districts. Workshops are based on the needs and interests of each visiting class, but past examples have included demonstrations and instruction in traditional Japanese tea ceremony (chanoyu), Japanese paper folding (origami), and self-defensive martial arts (Aikido). 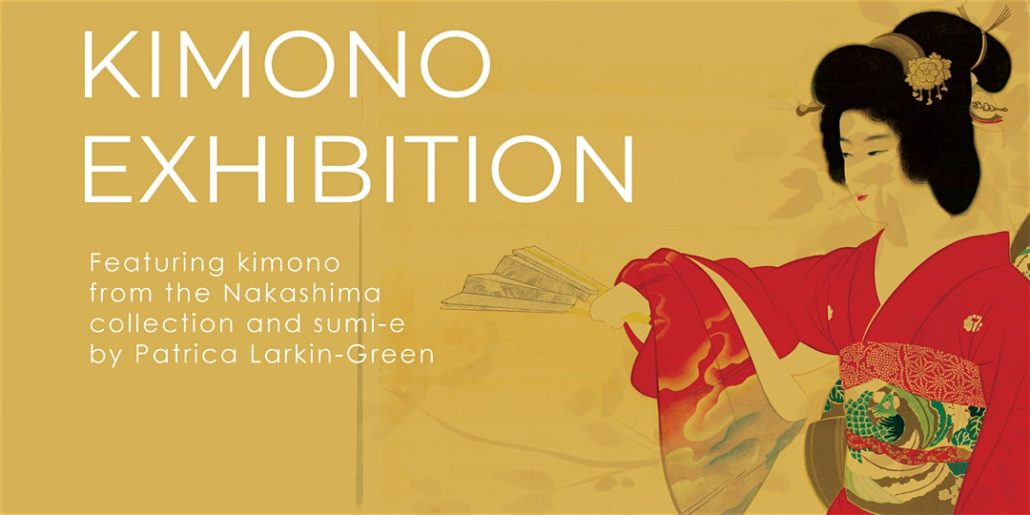 The Japanese Arts Foundation was proud to host a Kimono Exhibit in partnership with the Japanese Culture Center, featuring Nakashima Sensei’s collection of kimono and artwork.

Nakashima Sensei was the second woman ever to receive The Order of the Rising Sun, Gold and Silver Rays award. This is the highest honor given outside the Imperial family. The Emperor of Japan personally presented her with this award in Tokyo for her tireless efforts and dedication to promoting Japanese arts and culture.

Several kimono from the collection were displayed, as well as sumi-e (ink wash painting) art from Patricia Larkin-Green Sensei. Ms. Larkin Green has won many awards for her work including the prestigious “Award of Excellence” from the Jade Buddha Temple, LaioNing Province in AnShan City, China several years in a row. Patricia’s work has been the subject of solo and two-person exhibitions in the United States and has exhibited throughout the United States, and in Australia, China, and Japan.

Thanks to donors of the JAF and donations from attendees, we were happy to offer this event free to the public. 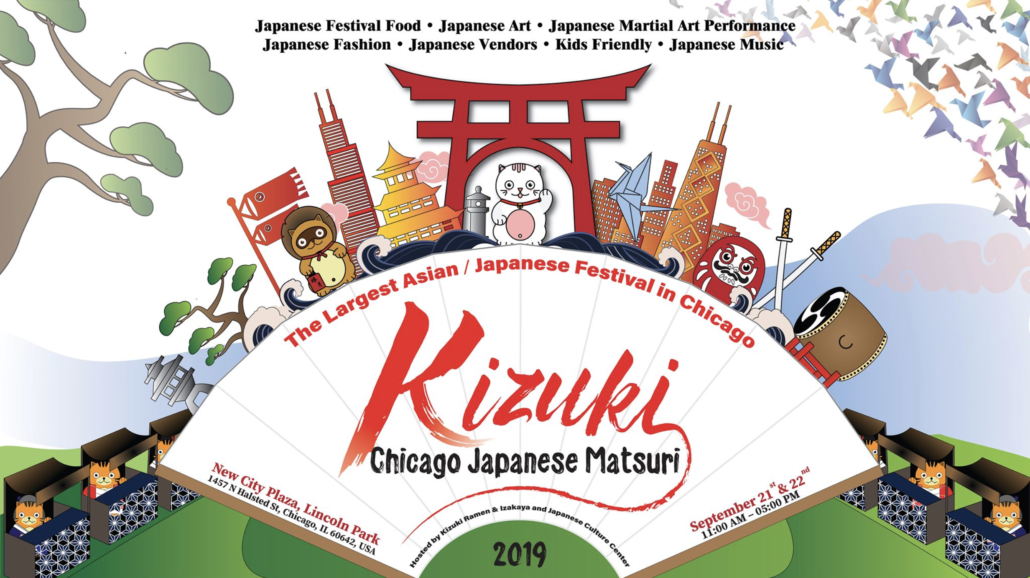 In 2019, we celebrated the 3rd annual Japanese Matsuri at Chicago’s New City Plaza in Lincoln Park.

For more information on this year’s upcoming festival, please visit our Matsuri page. 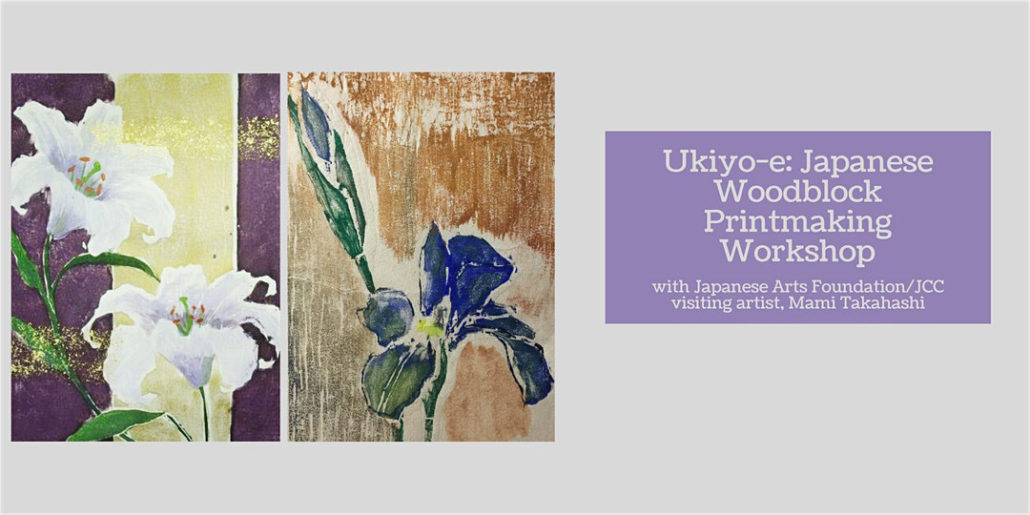 This spring we were honored to host renowned artist, Mami Takahashi, as she led our students in Japanese Woodblock printmaking techniques. Students learned to chisel a design into linoleum blocks, and create their own postcard-sized print to take home.

This class introduced students to Ukiyo-e, a genre of Japanese woodblock prints produced between the 17th and the 20th centuries. Known for dynamic compositions and color gradations, Ukiyo-e’s influence on both major artists of the western canon such as Paul Gauguin and Van Gogh were explored alongside traditional and current Japanese artists revisiting the techniques and practices.